I DON’T DO SUITS… AND I DON’T SPEND A LOT OF TIME WITH OTHER LAWYERS.
WHAT I DO IS HELP ONLINE ENTREPRENEURS MAKE SURE THE LEGAL SHIT DOESN’T HIT THE FAN, BUILD RAVING FAN BASES TO POWER THEIR AMAZEBALLS BUSINESS, AND GET SHIT DONE INSTEAD OF DREAMING OF WHAT COULD BE 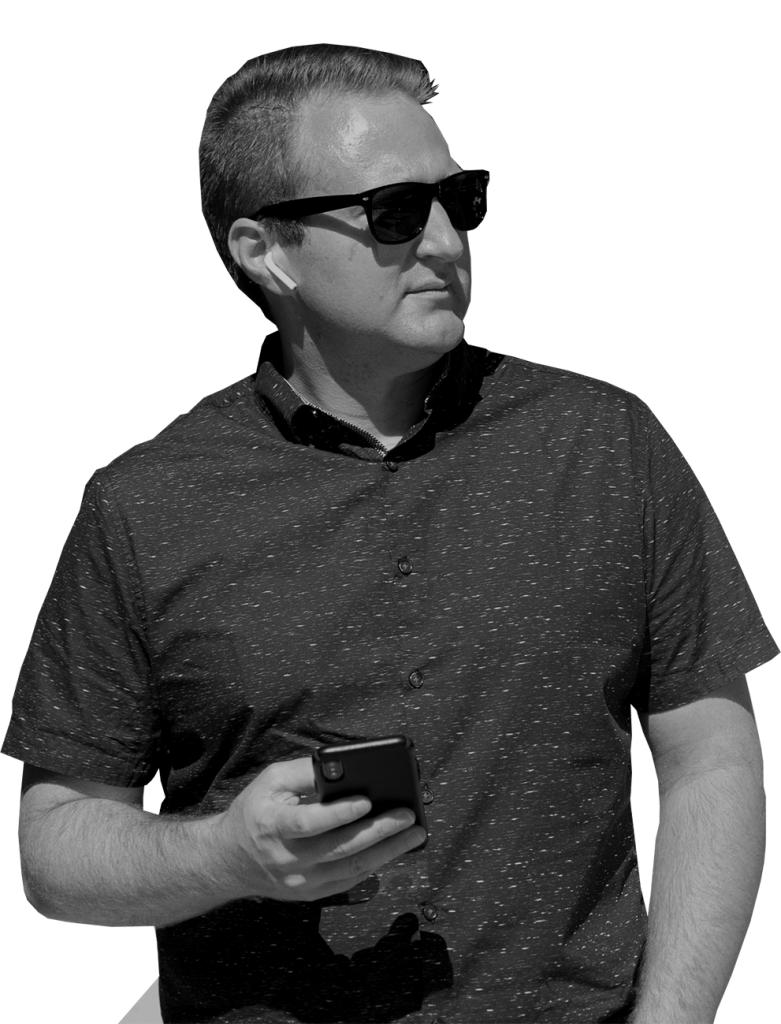 Through college, I was anything but normal. I wore purple Doc Martens before anyone knew what they were, refused to dress up for an awards ceremony so claimed prizes in a t-shirt and jeans, and played in punk rock bands.

At first, I thought I had to give that all up when I went to law school.

I tried to be boring! After graduating with honors from Harvard Law School, I got a prestigious position “clerking” for a court of appeals judge and then went to work at prestigious law firms. Hell, at one of those firms, I was mentored directly by a lawyer who was later appointed to the U.S. Supreme Court.

And I landed a plumb job in the government where I got to stand up in court every day and say… “I’m Robert Klinck here on behalf of the United States of America.”

I suited up and tried to be boring…

…but it didn’t take.

I hated Every Stinking Minute Of It.

Spending my life in a suit fighting with people all day sounded like one of Dante’s circles of hell to me.

My life changed forever thanks to a life coach who asked me if I liked what I did for a living and then, when I stammered, asked: “So what are we gonna do about that?”

At that moment, I took the road less traveled to build an online business.

In typical Type A, High D fashion, I dove into all the things, learning about sales funnels (with their upsells, downsells, self-liquidating offers, one time offers, and deadline funnels)… and launch vehicles (from challenges to webinars to three part video series launches)… and ninja “closes” to use during the sales process (from trial closes to the money close to the two choices close).

If these techniques were working for the “gurus” that I admired…surely they would work in my business.

But none of it worked.

My first launch was a miserable failure… I’m talking $25,000 down the drain kinda failure.

It’s amazing what happens when you start listening to, getting to know, and connecting with your audience at a deep level.

The simple truth is that there aren’t any secret strategies of ninja tactics that can replace of will outpace letting your audience get to know, like, and trust you.

As I focused on connecting with my audience really strange things started happening… people started buying my stuff.

The craziest thing was that people bought even when I didn’t use the marking tips, tricks, and strategies that the gurus told me were a must.

Suddenly, I had a business that consistently generated five figure months.

CHECK OUT MY LEGAL TEMPLATES!

Although my business was growing and people were buying, it still felt like a slog. And it sure as heck wasn’t fun.

Then a business friend made a passing comment that my brand needed “more cowbell…” and the cowbell was me.

Up to that point, I was in the background, and I wasn’t letting my clients get to know the real me. They didn’t know my snarky side… my rebellious attitude… or even that I had played in a band.

Suddenly, I gave myself permission to just be me… a former punk rocker turned Harvard lawyer turned online entrepreneur who is full of snark, pop-culture references, and really bad jokes.

Focusing on connecting and adding cowbell to my business changed everything.

In a matter of eight months, I went from wantrapreneur to thriving multiple-six-figure entrepreneur.

And I found the joy that had been missing in my life.

Learn how to market here!

Maybe it’s the lawyer in me or just my wacky brain… but, along the way, I learned some valuable lessons that are now my core beliefs. And they are at the core of what I teach other entrepreneurs who’re trying to build their businesses.

Be a Radical Giver.

Too many entrepreneurs ask if they are giving too much away for free… when they should be asking: “Am I giving enough?” That one shift will change your business forever.

Business Should be Fun.

When you enjoy your work, the people you serve, and your industry peers… work is light, easy, and fun. When you’re having fun, you’ll do the work and will become downright magnetic to people.

People don’t want to be around negative people… but positive people are downright magnetic. If you’ll find ways to encourage and motivate, people will be drawn to you like moths to lights.

Whether you’re trying to figure out what product to offer, how to launch it, or how to create a content or social media strategy… the simpler the better. Lots of us entrepreneurs know a lot of shit, but the reality is that the success comes from keeping it simple and doing the basics right.

If you want to foster a group of core fans who’ll help you build your business, you’ve got to add more YOU to your brand. Your people want to get to know YOU not your brand. So quit hiding behind a brand and step into the forefront.

Too many people are focused on automating, delegating, and templatizing everything in their business. That approach won’t fly because people don’t want to feel like they’re just a number. If you’ll focus on actually connecting with people in non-scalable ways, you’ll thrive.

I talk about these and other beliefs about business a lot because I’ve figured out that most entrepreneurs don’t need more tactics or strategies… they need to adjust their basic approach to doing business.

I was THIS CLOSE to starting a beer company a few years back!

I love good beer and brew it myself. A couple of years ago, some friends and I almost started a brewing company… but then our day jobs got in the way. But I still brew beer for fun.

My German heritage comes  out in my beer brewing…

My great-great-grandfather was a beer brewer wh ohad emigrated from Germany (or so the story goes). I brew and enjoy beer I’m sure he’d be proud of… balanced all-day beers. Keep those Double Imperial Stouts and West Coast IPAs to yourself.

I truly believe that sometimes only a cuss word will do!

You may have noticed I use “shit” and “damn” on this website. That’s how I talk in real life, so that’s how I write. You cool with that? If not, we should probably part ways now… cause you’re not going to like my emails all that much.

I played in a punk rock band in college… and had a long, dyed ponytail.

I’ve never really been a conformist, which probably explains a lot about me. That’s why I chafed working at a big law firms and why I LOVE being an entrepreneur!

I truly believe there’s a Jerry Maguire quote for every situation!

I love pop-culture references… and Jerry Maquire is my go-to for quotes. When it’s bed time, I still say to my wife, “My mom’s coming, I gotta go to bed.”

That may give you some hint of why I first wanted to be a  lawyer. Funny story… I wore a t-shirt to the ceremony where I got the trophy (I told you I was never really a conformist.)

My wife and I started dating when I was a junior in high school. We’ve been together ever since.

That means I love good Tex-Mex, BBQ, and University of Texas football. It also means I can cuss you out in two languages!

Speaking of my wife, Hurricane Sandy crashed our wedding in The Bahamas.

I once ran a marathon to spite my mother-in-law.

She laughed at the idea of me going on a “run” on January 1st, so I went from couch potato to marathon finisher in 11 months… and lost 60 pounds in the process.

This website uses cookies to improve your experience while you navigate through the website. Out of these, the cookies that are categorized as necessary are stored on your browser as they are essential for the working of basic functionalities of the website. We also use third-party cookies that help us analyze and understand how you use this website. These cookies will be stored in your browser only with your consent. You also have the option to opt-out of these cookies. But opting out of some of these cookies may affect your browsing experience.
Necessary Always Enabled

Performance cookies are used to understand and analyze the key performance indexes of the website which helps in delivering a better user experience for the visitors.

Analytical cookies are used to understand how visitors interact with the website. These cookies help provide information on metrics the number of visitors, bounce rate, traffic source, etc.

Advertisement cookies are used to provide visitors with relevant ads and marketing campaigns. These cookies track visitors across websites and collect information to provide customized ads.

Other uncategorized cookies are those that are being analyzed and have not been classified into a category as yet.