How You As A Leader Can Make Your Business Great 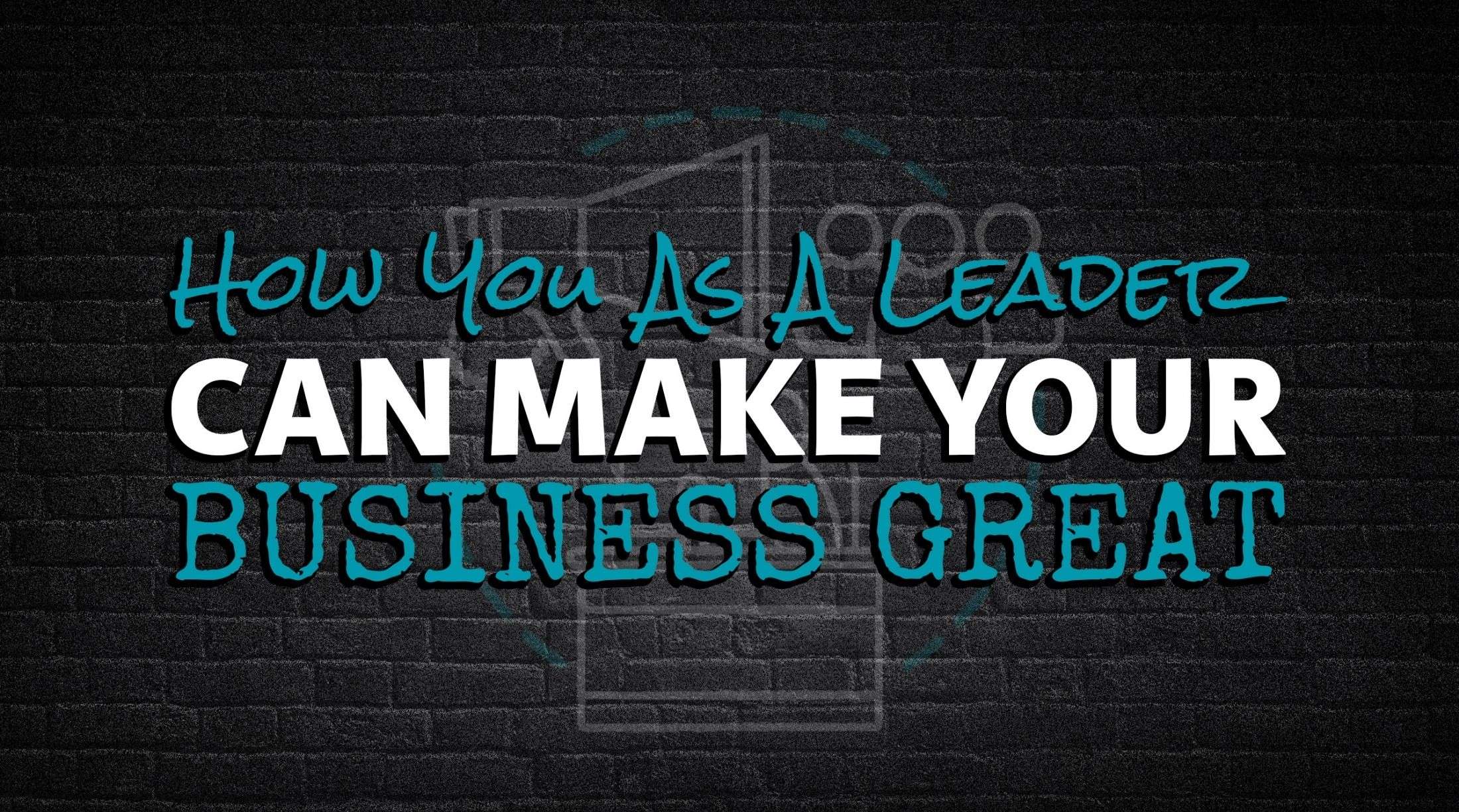 Many entrepreneurs feel they always need to be fighting to find new leads, attract people, and convince their target customers to buy. If you don’t want to do this anymore, there’s another thing you can do: be a freaking leader.

Many entrepreneurs feel they always need to be fighting to find new leads, attract people, and convince their target customers to buy. If you don’t want to do this anymore, there’s one other thing you can do, and this is something that a lot of people aren’t doing right: be a freaking leader.

If you want a wildly successful business where you don’t have to always strive to get people in your world, you need to be a leader. It’s not a new concept, but I’m gonna try to explain how this truly works and give you actionable tips.

The Most Valuable Role You’re Playing In Your Business

As you run your business, the most important role that you’re playing is being a leader. It’s not just about your team. It’s about your community, customers, and everyone you’re interacting with.

While we’re talking about these different groups, you don’t have to shift context in leadership. What you’re doing with your team, audience, and buyers is the same. You don’t have to put on different hats or personas because you’re just being a leader.

What It Means To Be A Leader

You, your audience, and a central idea (i.e., ethos, belief) are all connected. Leading a movement means having a motivating idea that’s beyond simply doing business. It’s not something you simply copied from someone else. It’s something that motivates everything behind your business, what you teach and what you’re doing.

Your central concept of what motivates you is what sets you apart and prevents you from constantly getting on that treadmill of dealing with competition.

The Importance of Niching and Unique Selling Proposition

Niching is about bringing a skill set to a specific niche that hasn’t used it yet. It’s one way that you could be leading a movement. Utilizing your Unique Selling Proposition (USP) and positioning yourself as someone who adds value to the market can help you stand out.

If you have something different to offer, you’re giving people a reason to buy from you. This is important if you’re entering a market where there are a lot of people already offering what you have to the same set of people. You need to be quite sophisticated, and you need to be a leader.

I see this so often where people simply try to copy what someone else has done. That’s not gonna work over the long term. You’re always going to be fighting and dealing with competition, and you don’t want to do that.

So how do you find this differentiator? One way is by adding your personality to your brand. Let people in on parts of your life, and share what you believe and what your core values are. This way, you attract people who want to be led by you based on your particular traits and beliefs.

It’s about recognizing what you stand for and being transparent about those things. (And I’m not talking about politics here.)

Understandably, taking a stand about things that are happening in the market in your industry can be scary. It might mean some people won’t like you, will stop following you, or won’t do business with you.

It’s the hard truth. But here’s the thing: For every person who doesn’t do business with you because of the things you stand for, the people who believe the same things as you will be drawn to you even closer.

These people won’t be fair-weather fans—they’ll be the people who are your ride-or-die fans. They’re your true fans who will promote your brand and love everything you do.

Other Business Concepts To Avoid

I believe that the turn and burn model of bringing people into a cold webinar or bringing them in cold to a launch, and then they either buy or you ignore them is wrong.

A lot of people in the online business world are doing that. They bring people in just for a launch and don’t try to nurture them. For me, that’s the wrong approach. You need deep connections with your audience, so you need to nurture them instead of ignoring them when they don’t buy from you during a launch.

I’m against the notion of any kind of one-size-fits-all marketing approach. Those of us who have had success were able to do so by doing things our way.

When it comes to marketing, plug-and-play doesn’t work. They don’t work because the messaging and the connection has to be specific to you.

One of the biggest problems happening in our market right now is gurus teaching that doing a certain type of launch can make you a multiple six-figure entrepreneur in some ridiculously short period.

You’ll hear them say, “How would you build a business if you were starting from scratch in 30 days?” That’s the worst idea possible because you’re setting the wrong expectations for people.

There are ways to save time and organize important things, but it’s not because they’re secrets. It’s because you can follow in the footsteps of someone who’s already done the thing and can help you avoid mistakes.

There’s not a lot of secrets to building a successful business. You have to attract people to your world and convince them to buy stuff from you. It’s that simple.

Be a Freaking Leader

Being a leader of a movement is something that most entrepreneurs aren’t doing right, and it’s holding them back. If you want a wildly successful business where you don’t have to compete all the time and struggle to get people to buy from you, be a leader. That’s how you’ll make progress and build a great business.

If you want to know more about building your online business the right way, I encourage you to join BADA$$ Online Marketing University. It’s my totally free program designed to help online entrepreneurs like you grow and market their businesses.