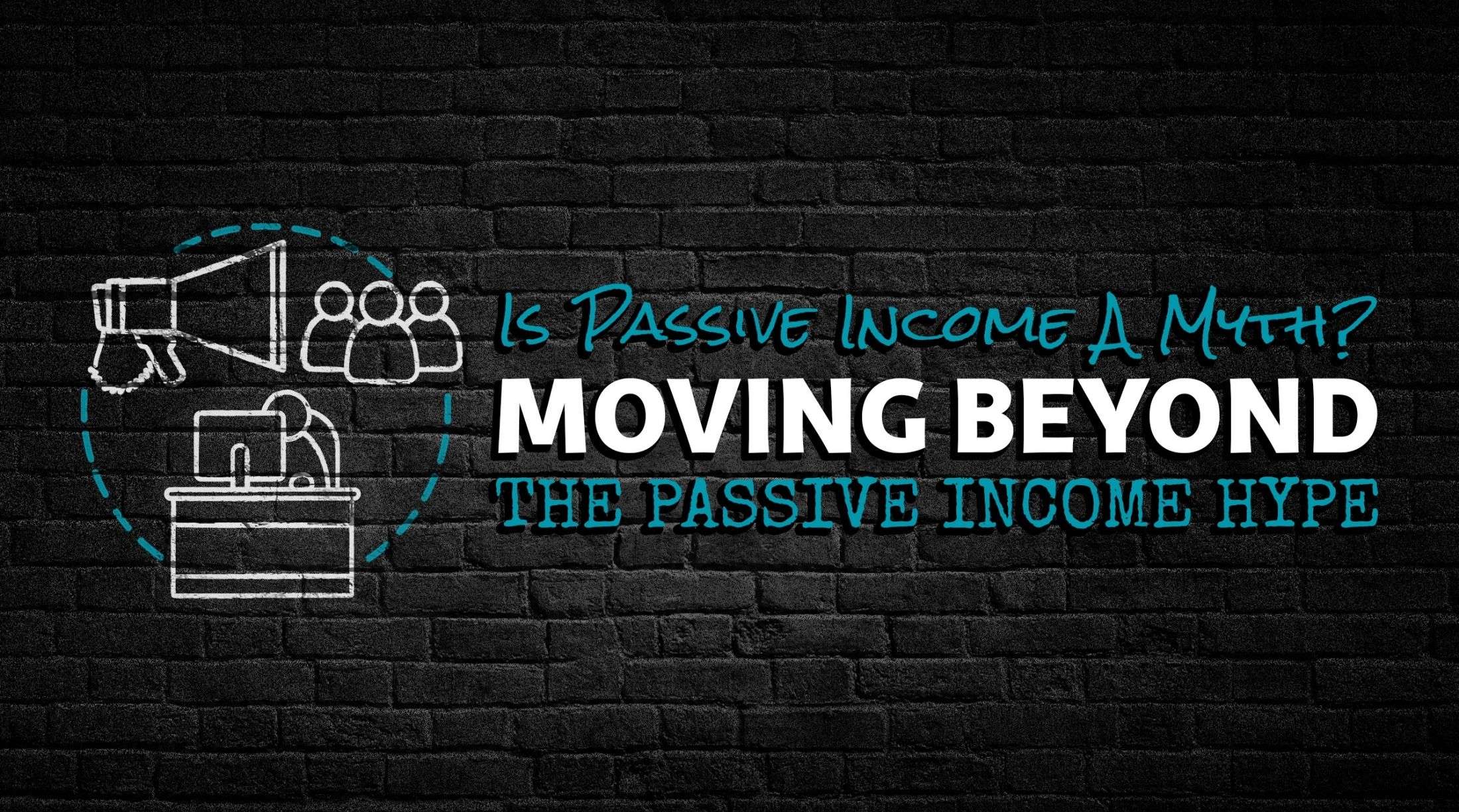 Is there really such a thing as passive income? Lots of people in the online marketing space are selling programs to help you build a passive income business. But can you really build a business on passive income? Well, let’s just say that it’s unlikely but not impossible. That’s because, for the most part, passive income doesn’t really live up to its name.

Is there really such a thing as passive income?

Lots of people in the online marketing space are selling programs to help you build a passive income business. They dangle claims like, “Make money even when you’re on vacation!”

Who doesn’t want this?

But can you really build a business on passive income? Well, let’s just say that it’s unlikely but not impossible. That’s because, for the most part, passive income doesn’t really live up to its name.

Look, I’m not trying to be a Debbie Downer, here. Unlike a lot of online marketers, I’m willing to tell you the truth and level with you so you understand and know what you’re getting into.

Let’s look at the realities:

That’s the reality. I know a lot of people who talk about passive income, and I know they’re working hard, not sitting on a beach doing nothing.

Now, granted, there are a few people who are at a point where they have built up passive income and have a team and systems in place that allow them to take time away from their business.

But what I want you to know is that it’s going to take a long time to get there and you need to recognize that.

Realistically, what can look like passive income today is really the fruit of work that we did in the past.

I talk about this all the time with my legal templates business. We make sales regularly from people who land on my website and were not already on my list yet purchase a $997 all-access pass to my template library.

That looks like passive income, but it came from me doing a ton of work over the past two to four years, positioning myself as the legal guy in particular circles of the online marketing world.

What happens is those people who come on my website to buy have interacted with me on social media, seen me providing value, or heard about me from one of my brand advocates.

It’s not passive. I’ve made investments that are paying off now. But just the same, I can’t stop. If I stopped working today because I have passive income from yesterday’s work, what will happen is that a year from now, I won’t have that “passive income.”

A type of passive income you can build is indirect income

Indirect income is revenue that’s not the direct result of the effort you put in. That could come in the form of:

It’s not that you’re not working—it’s simply indirect. You still have to work hard and invest money and time before you will see results.

I think we should shift and stop talking about passive income and start talking about indirect income. If there’s a way you could make money without putting in work, guess what? Everybody would be doing it.

The second you created that passive income opportunity. Other people would come in to compete with you and take your spot. All of a sudden, your passive income goes away.

If you’re thinking of starting an online business because you want passive income, don’t. Seriously.

If that’s your expectation, you’re going to be disappointed. You’re gonna have to put in a lot of effort. If you’re not willing to do that, your business isn’t gonna work for you.

If you’re ready to do the work to build a business the right way so that over time you can come to the point that you’re earning indirect income that’s not tied to you having to do the work, you should join my free program called BADA$$ Online Marketing University. BOMU has the training you need to build an online business, from the fundamental principles of marketing to messaging, list building, email marketing, and more.

We use cookies to make this website as awesome as Cookie Monster. Some cookies help us understand how people use the site so we can make it even better. Some cookies help our site remember your preferences when you come back next time. And some cookies let us use targeted messages (rather than spamming everyone with the same message!).