Why You Should Sell Your Product Before You Create It 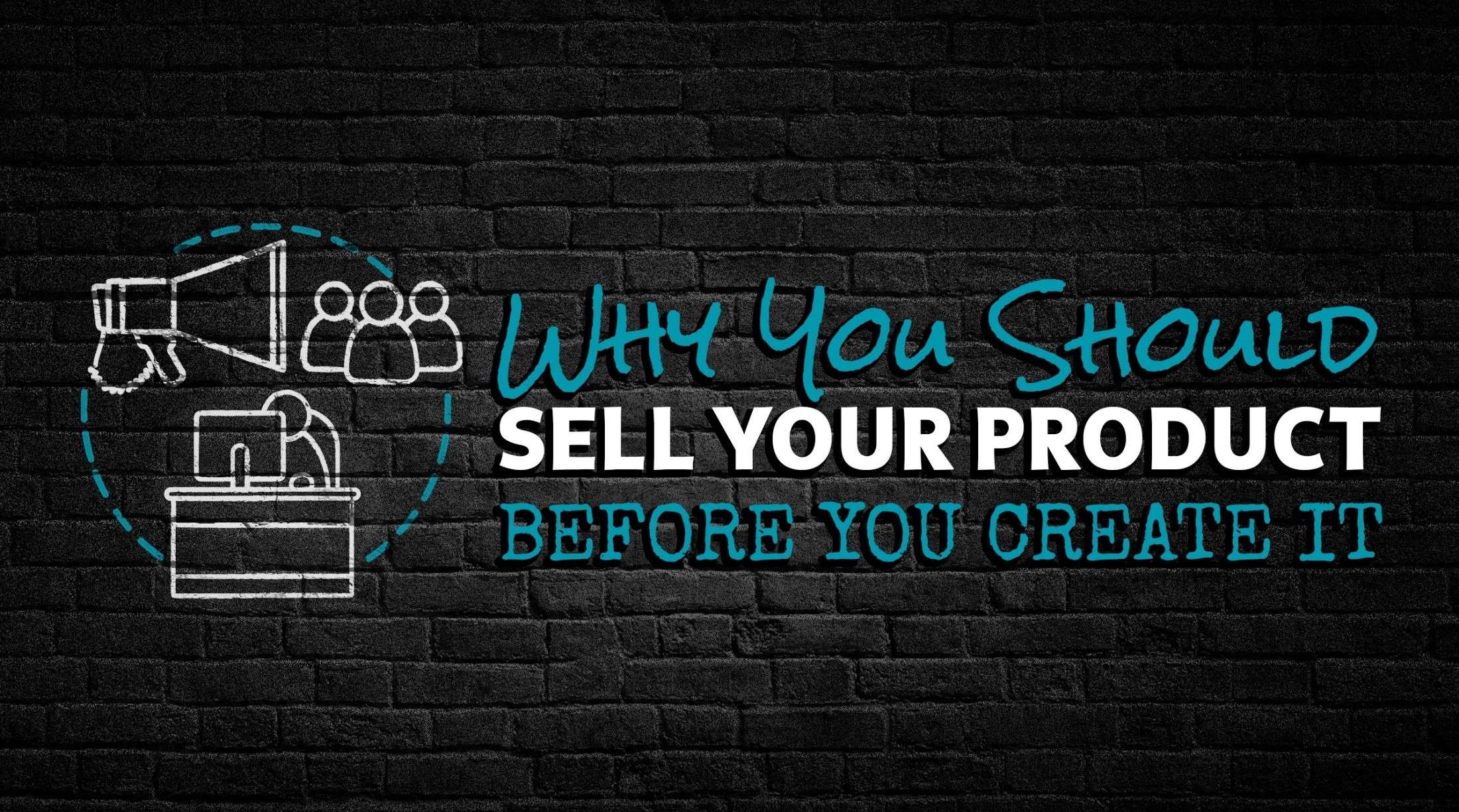 This might not be a popular opinion, but creating your course, membership, or other digital product and then trying to sell it is sabotaging your online business.

This might not be a popular opinion, but creating your course, membership, or other digital product and then trying to sell it is sabotaging your online business.

Wait, what? Aren’t you supposed to create a product and then try to sell it? Isn’t that what marketing’s about?

If you follow that common path, you’ll end up like so many other entrepreneurs who have built an amazing product but nobody’s buying. That’s the reality. So let’s dive in and talk about what should you do instead.

Creating Demand Is A Fool’s Errand

Creating a product without knowing if there’s a market for it and then trying to create  demand for it is a concept that professional marketers gave up in the 1960s.

That’s because the whole notion of creating demand is a fool’s errand. Trying to get people to buy a product that they don’t actually want is never the way to go.

You might say, yeah, doing market research is a given. I’m gonna go and tell people about my idea and ask them what they think.

That’s not validating a product. But that’s what a lot of people taught for a long time. They would call people and talk about the product. But here’s the problem, if you do that with a preconceived idea of what you’re going to create and tell people, guess what, they aren’t going to want to hurt your feelings. So whether it’s a good or bad idea, they’re gonna tell you, “I think that’s a good idea.”

What you have to do is do market research without any preconceived notions about what you should be doing. You have to listen to what the market is telling you.

Listen To Your Audience

In my view, you shouldn’t try to create any kind of scaled information product until you build an audience. Otherwise you won’t know what they want.

When I was building my business, I started with selling legal templates, which was related to my expertise. Then people began asking me about the business stuff and how I marketed. For a while, I resisted selling anything about it because I don’t know what I’m going to teach.

It was only after people kept asking me the same thing over and over about how to do X that I said okay, my market wants me to teach that. So I pre-sold my membership before I created it. That was the first time.

As I continued to listen to my people and what they were telling me, I discovered that they wanted to learn how I had transformed my email game.

I had built a cult following around my emails and people kept asking me over and over to teach them how to do email the right way. Aha, the market was telling me what they wanted, so I responded and created a program to help people learn the email stuff.

Rather than creating something and then trying to sell it, it’s much easier to sell something people have already told you they want. But that means you need to cultivate an audience, understand them, take the time, be patient, and listen to what it is that they’re telling you they want you to create.

Sell Your Product, Then Create It

Once you’ve listened to people and they’ve told you what to create, sell it before you create it.

As much as people will tell you they want something, until someone gives you their credit card, you can’t believe it. It’s not that they’re lying, but their purchase is proof that they want it. You need to know whether people willing to pay for what they say they want.

That’s what I did with the first membership that I created. I started by simply telling people that I think about doing this, and I had a bunch of people say yes and buy. Then I created it and released it. That’s the process of listening to the market, hearing what they want, confirming what they want by selling it to them, and then creating.

Selling and creating a digital product isn’t complicated, but it does need to be done in the proper order: 1) Listen to your audience, 2) React,  3) Sell it, and 4) Create it.

If you want to learn how to market the right way and how to build a business that will be around for the long term, go join my 100% FREE signature program BADA$$ Online Marketing University.