Why You Should Treat Your Audience As People Not Numbers 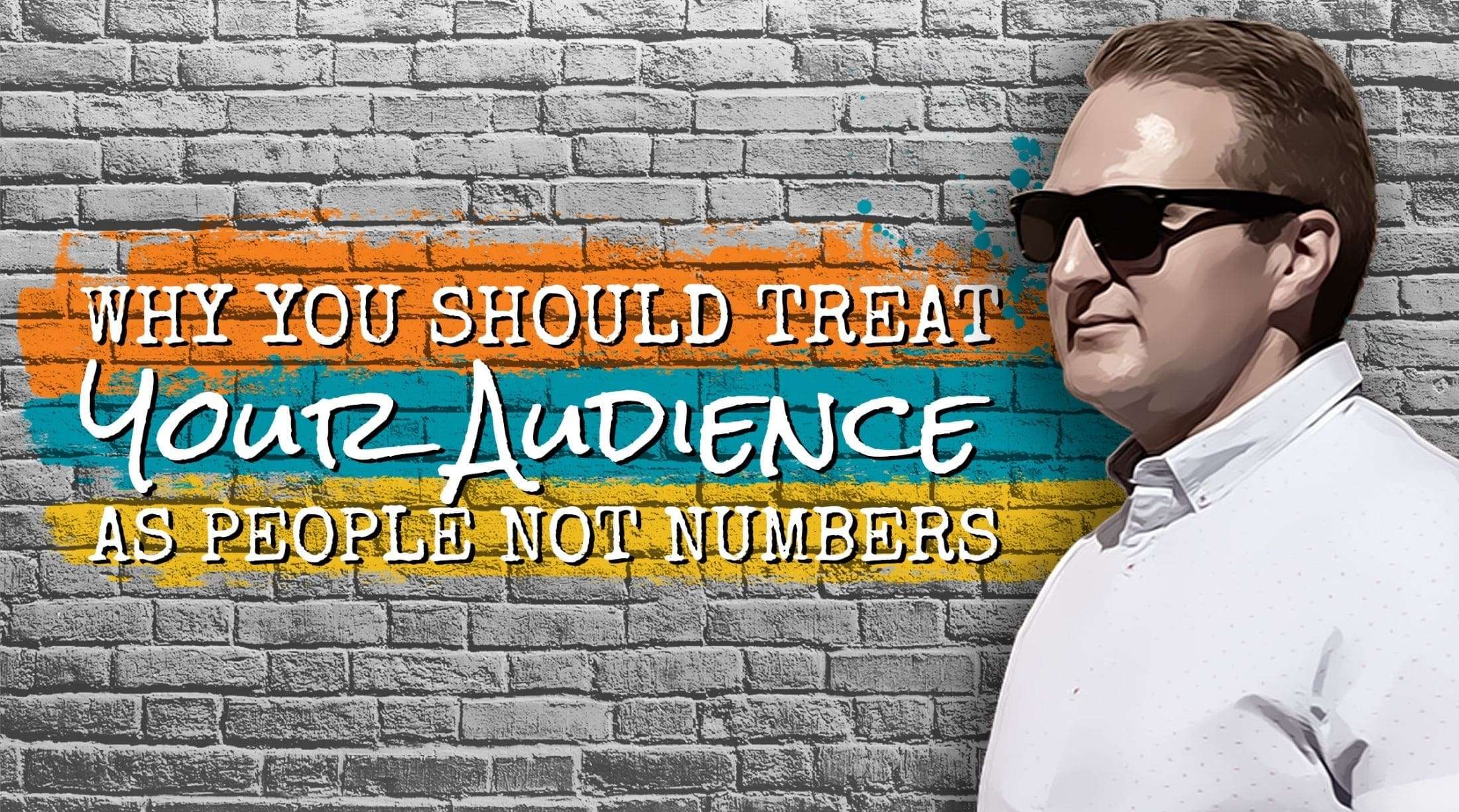 This mentality is everywhere in the online marketing space, particularly among entrepreneurs who are obsessed with getting an immediate return on investment. They treat people as leads and numbers, and they’re fixated on when these people are gonna convert into sales.

Let me be clear, this transactional approach is NOT a serve-first way.

Sure, you’re a business and you’ve gotta make money. But the right way to do that is to treat people who follow and trust you as humans, with respect… like how you wanna be treated. Here’s the irony, prioritizing people over transactions is actually gonna make you more money. I know, it sounds crazy, but it’s true.

When you treat your people right and serve them well, they’re gonna help you make more money in the long run. But think of this as an added benefit of doing the right thing and not just some sly way to make sales.

Now you’re probably wondering about those people who just download freebies and never buy… Should you ditch them? Nope.

I realize that this isn’t the conventional wisdom in the online marketing space, but having “freebie-seekers” on your list isn’t a bad thing. It’s an opportunity to serve a human being.

Do some entrepreneurs clean up their list and remove everyone who didn’t buy immediately? Yup.

But I don’t. Now I do clean my list regularly, but I only remove people who haven’t opened any of my emails. If people aren’t opening, they’re not getting any value. But I’m gonna keep people who want to hear from me.

In fact, I’m happy to serve the people even when they haven’t bought from me. Guess what? Many of them eventually convert and help me make money directly or indirectly.

I often have people on my list for 12 to 18 months before they make a purchase. And I’ve had people who’ve never bought anything but sent their friends my way who bought my offerings. Some of these people have been pivotal in my business.

So, I want you to hear this from me… if I had this mindset of either buy from me or I don’t care, I wouldn’t have gotten all of those good things. People wouldn’t have stuck around for 18 months to eventually buy, and they sure as heck wouldn’t have introduced me to their friends and influencers.

When you focus on people over transactions, the effects multiply.

Most entrepreneurs know and admit that investing in their team is important. It’s essential to build relationships with your employees, customers, suppliers, vendors, and peers in the industry. They help you get things done. They help you serve your people and provide a lot of elbow grease to help you make money, so it makes sense to invest in them.

Investing in your people, whether they bought from you or not, is just as important. But you’re not just investing in them because you’re expecting them to buy.

If you have an audience full of people who feel seen, respected, and treated well even when they haven’t spent a dime, they become raving fans. They’re the ones who’d willingly go out of their way and tell others about you and how crazy amazing their experience was with you.

You see, treating your people well has ripple effects. When you focus on serving your people first over the sales transactions that you’ll make from them, the results multiply.

There’s power in being a serve-first entrepreneur. When you over-deliver and serve the living hell out of every one of your people, whether they’ve bought from you or not, that’s when you create the truest brand evangelists you can ever get.

This is one of the hardest shifts I’m gonna ask you to make… because it’s really difficult for a lot of people to say, “I’m gonna serve people whether they’ve bought from me or not.” But it’s a powerful concept.

When you’re willing to put people over transactions, the impact it has on the individual people you’re serving has a profound impact on the people who see or hear about it.

Ripple effects come from being a serve-first entrepreneur. The people who see what you do will often adopt that approach and say, “I wanna be like that person.”

I’ve had so many people tell me that they’ve been inspired by things I’ve done and they’ve decided to be a radical giver. They’ve decided to serve people instead of worrying about the sale.

Putting people over transactions means you’re not just funneling people with upsells and what-not because they aren’t just a credit card to you. You’re gonna figure out what is the best way to serve them… and you’re gonna DO that. If sales happen along the way, great! If not, you’re not gonna be grumpy and remove them from your list. Instead, you’ll ask, “What can I do for you?”

It’s time to think about everyone on your list as a person, not as a lead, not as a potential transaction or ROI, not as a number. If you make that shift, that’s gonna help you make your business much stronger. It’s not that easy to make this shift in mindset, but if you’re willing to do it, you should join my signature program, BADA$$ Online Marketing University. It’s my way of serving entrepreneurs, and it’s completely FREE, now and forever.